This is a past event. Registration is closed. View other AmCham Moldova events. 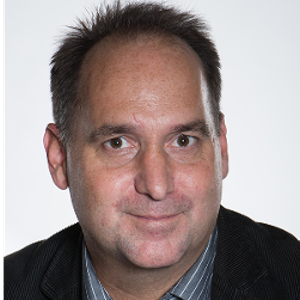 An Austrian entrepreneur with 20 years of experience, Guido Schratzer has been living in Moldova for 2 years now.
After graduating from economic education, he worked first in the marketing domain. Then, in 4 years he started working at one of the leading international fair organizers located in Salzburg, where he first switched to ICT.
In 1990, Mr. Schratzer started training as a Network Administrator. His first task was to integrate a Novell Network next to the existing mainframe computer IBM AS400. The next task was to integrate the Microsoft Network. After the successful execution of these tasks, he integrated SAP, and the department grew from 10 to 50 IT-Specialists.
Already in 1994, Mr. Schratzer took courses in C, Visual Basic and F&A… Those who have experienced this time know that it was the first Database Language on Personal Computers (Intel 80286).
In 1999 Guido founded his first company which he sold to a big Internet Provider in 2000 because to that time he already hosted a lot of big Publishing Companies from Austria and Germany on a small Server.
In 2001, he founded the media agency 7reasons, and 3 years later – the internet provider backbone internet service GmbH.
Currently, he is the president of dolibarr – the biggest opensourse ERP & CRM System – for Germany, Austria and Switzerland, and president of Moldovan Instructional Technology Center (MIT-Center) here in Chișinău.
Guido Schratzer is CEO of 7reasons srl and already owner of backbone in Austria.

This is a past event